A virus is a minute contagious organism that needs to get inside a host (another organism) to reproduce. The virus achieves this by attaching itself within the host cell, infiltrates it and releases its genetic material inside the cell. Viruses may enter our bodies either through inhalation, injection, insect bites or sexual contact with an infected individual.

Viruses are also classified according to period of action. Chronic viruses result in persistent infections that are either cleared eventually or last the host’s lifetime. Acute viral infections occur promptly and are either cleared immediately or result in quick death. This article is the first part of a series on viruses and discusses acute viruses- some examples, causes and remedies.

In a typical acute infection, once one gets in contact with the virus, they experience a rapid onset of the disease. This is accompanied by a short period in which the symptoms show up aggressively. The disease then resolves within a couple of days (Moskophidis, et al, 1997). Some infections, such as the Ebola virus, follow a more severe path, resulting in death of the host within a few days.

In today’s post, we shall explore the characteristics of four acute viral infections: the measles virus, the Ebola virus, influenza and the yellow fever virus.

Also known as morbili or rubeola, the measles virus is one of the most contagious acute viral infections. Measles affects 9 out of 10 people who haven’t received vaccination for the virus.

The measles virus is airborne and is transmitted through fluid secretions of an infected host. These secretions include fluids released when sneezing and coughing. One can also contact measles through saliva and nasal fluids from the infected (Griffin, 2005). The disease infects 90% of individuals with a weakened immune system who share a residence with those infected.

Initially, a measles infection manifests itself as a high fever (40 ̊C/104 ̊F), inflamed eyes and a persistent cough. About three days after the onset of symptoms, white rashes (Koplik’s spots) may appear inside the mouth. A red rash that starts on the face and spreads to the rest of the body occurs about 5 days after initial symptoms. The symptoms typically last for about a week. Three out of every ten infected individuals may develop complications such as diarrhea, brain damage, blindness and pneumonia.

The measles vaccine, composed of immune globulin, has proven effective in reducing infection to in individuals who can be exposed to the virus (Griffin, et al, 2008). Individuals who have not been vaccinated and show symptoms of infection should seek medical attention immediately and stay isolated for 21 days following infection. While there is no specific treatment for measles, management of symptoms goes a long way in eliminating discomfort from the infection. Infected individuals are advised to get plenty of rest and fluids.

You are encouraged to have a professional monitor at-risk populations such as the young, elderly and those with a weak immune system, as they may develop complications. To naturally improve the immune system against the virus, mothers are advised to breastfeed infants for at least six months. Organic, wholesome diets including fish, olive and sesame oils also improve the body’s immunity.

One of the most severe acute viral infections known to man, the Ebola Virus Disease (EVD) that results in life-threatening internal and external bleeding. EVD, also known as Ebola hemorrhagic fever is highly fatal, with an average mortality rate of 50%, although there have been documented cases of death rates ranging up to 90% (Eric, et al, 2005).

One way Ebola is transmitted is through wild animals that act as its natural hosts, such as the fruit bats, monkeys and porcupine. Once it comes into contact with humans, the Ebola virus is transmitted either directly (broken skin, mucous membranes), through sexual contact, blood, fluid secretions, organs and materials that contaminated with the virus.

One reason Ebola is common in Central Africa is that tribes native to African equatorial forests may hunt its natural hosts for food, and once the virus starts replicating within the population, dangerous handling of the infected and the dead propel the spread of EVD.

It takes between 2 and 21 days for symptoms of infection to start showing. Initial symptoms include fatigue, muscle exhaustion, fever and migraines. These are followed by vomiting, diarrhea, rash, kidney & liver failure, internal and external bleeding. Laboratory samples may indicate low leukocyte and platelet counts accompanied by an elevation in liver enzymes.

A suspected infection is treated by immediate quarantine of individuals who have come into contact with the virus. Lab tests are then conducted to confirm whether the infection is actually Ebola. Lab tests include:

The influenza virus, also known as the flu, is the most common acute viral infection known to man. Influenza is a respiratory tract infection, and it takes between one and four days for symptoms to start showing (Andrew, et al, 2014). Influenza is airborne, spread by coming into contact with droplets coughed and sneezed by an infected person.

The initial signs of an influenza infection are muscle aches and a sore throat, which occur within two days of infection. These pave way to a fever and a runny nose, which shows an effort of our bodies trying to expel the virus. During the illness, one may experience persistent headaches, extreme exhaustion and coughs.

Fortunately, the disease usually dies out on its own in one or two weeks. Physicians urge the infected to get plenty of rest and rehydrate. At-home remedies include chicken soup, a warm compress on the head to ease the fever and headache, herbal teas, face steam, Vitamin A, L-Lysine, Vitamin C, Vitamin D and Echinacea. While these do not cure the disease, they make the symptoms more bearable.

Some at-risk populations suffer a compromised immune system and could develop complications arising from the infection (Brendan, et al, 2015).

In case of elevated symptoms, your doctor may prescribe antiviral medications that discourage the spread and replication of the virus.  Commercial antivirals are taken with care since the virus could develop resistance against the antivirals. Natural antivirals are more effective since they work on a broad spectrum. You are encouraged to take these regularly as they boost your immune system against attack and fight of the infection. They include:

Yellow Fever (an example of an acute viral infection)

This is a tropical disease spread through infected mosquito bites. The bite transfers the virus into the human bloodstream, where they attack the lymph nodes and dendritic cells. Yellow Fever is a mildly fatal infection, with death rates ranging from 20% to 50%.

Symptoms of infestation include chills, fever and loss of appetite, nausea, back pains and headaches (Tini, et al, 2014). These symptoms usually subside within a week. In extreme cases, a day the recess, the fever could come back, accompanied by abdominal pain and liver damage- resulting in jaundice. This also increases the risk of internal bleeding and kidney failure.

The disease is managed symptomatically, with most patients being hospitalized for special care and observation. The patient’s liver and kidney activities are monitored and in case of imminent failure, a dialysis and life support could be used until the organs regain normal functioning. IV fluids are administered, and in case of blood loss, the patient could get a blood transfusion. Pain relievers and fever medication are used to manage fever and aches.

Those that have contacted the disease are warned against encountering mosquitoes, as this will avoid transmission to healthy population. For those traveling to areas with a record of infection, there exists a safe and effective vaccine against the disease (Paul, 2014). Vector control (managing populations of mosquito species that spread the virus) has also proven effective in breaking the transmission cycle. 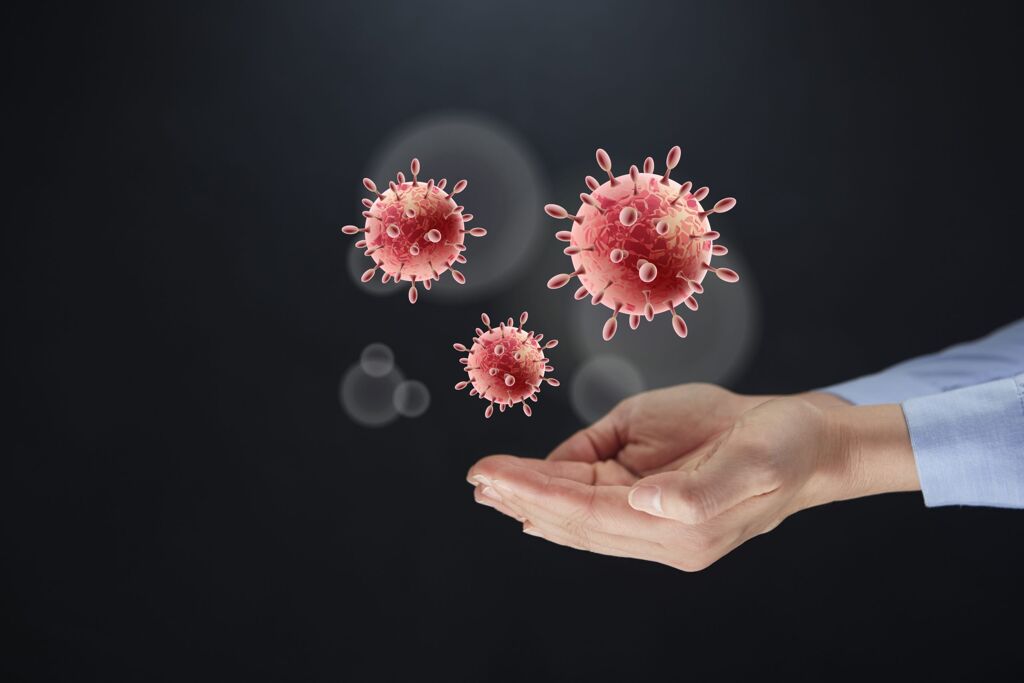 Introduction to the Hidden Virus In our previous post, we covered an introduction to viruses. We also explored one class of viruses: acute viruses and…