Over the recent past, we have experienced widespread discussions on toxins. Medical experts have determined that humans are increasingly and unknowingly consuming poisonous substances. Trainers and fitness experts commonly emphasize on detoxification programs. So, what exactly are toxins? How do we come into contact with them? How do they act? How can we get rid of them? Today’s post is the first of a two-article series that seeks to address these questions, so read on as we explore this dangerous topic.

What is a toxin?

While there has been a huge controversy regarding the definition of ‘toxin’, all conventions agree that toxins are harmful. In a non-technical context, a toxin is any substance that could cause sickness, injury or death of an organism. Scientifically, toxins are harmful substances produced within the living cells, or in an organism (Andrew, 1987). This definition thus excludes synthetic poisons such as those found within the environment. For this post and its follow-up, we shall stick to the layman’s definition of the word and consider all substances that harm our tissues as toxins.

Toxins are grouped into various classes by different classification schemes. The section below discusses a few of these classifications.

In this article series, we shall utilize the third classification scheme, as it encompasses the classes listed in the previous schemes. Today’s article tackles biological and chemical toxins.

Biological toxins, also known as ‘biotoxins’ are poisonous substances produced by bacteria, fungi, animals and plants. These toxins cannot replicate, reproduce and aren’t infectious, but are extremely dangerous even in small doses. The health effects of biotoxins varies with the type of toxin, the dosage, and the pathway exposed. The health effects range from mild such as headaches, skin irritation, nausea to severe such as seizures, muscle fatigue, respiratory distress and death (Jiri, et al, 2007). Biological toxins are further classified according to whether they come from bacteria, fungi, plants and animal.

This section discusses these classes.

These are secondary poisons secreted by members of the kingdom fungus. We are most likely to contact mycotoxins through the food chain. Mold infested crops develop mycotoxins, and these toxins will find their way into our food either when we eat the crops directly or when used as livestock feed. We could also inhale mycotoxins through mold-infested buildings. Poisoning associated with mycotoxins exposure is termed mycotoxicosis. Symptoms vary with the type of mycotoxins, exposure concentration, length, age, health, sex, genetics, diet and interaction with other toxins (Vladimir, 1989). The various types of mycotoxins include: ochratoxins, aflatoxins, citrinin, ergot alkaloids, patulin, fusarium, tricocethene, gliotoxin, and more. Let’s take a look at two major mycotoxins.

Ochratoxins: this group of mycotoxins is produced by fungi of the Penicillium and Aspergillus species. These fungus species contaminate a large assortment of food products including beverages like wine and beer. Ochratoxin is recognized to be carcinogenic and nephrotoxic, and is blamed for tumors in the urinary tract.

Aflatoxins: These are toxins produced by the fungal species Aspergillus, known to attack crops grown in the topics and subtropics. These crops include maize, peanuts, spices, cotton and pistachios. Experts are particularly worried about this group of mycotoxins, as they are the most potent. They affect various systems, aflatoxin is a carcinogen, and ingestion could cause immediate death.

Since mycotoxins can’t be eliminated by the digestive system, they stay in meat and dairy products. Some mycotoxins are unaffected by extreme temperatures. In the food industry, mycotoxin-binding agents such as montmorillonite or bentonite clay are used to adsorb mycotoxins. Since binding agents can’t trap all mycotoxins, reversing mycotoxicosis is performed using mycotoxin-deactivating enzymes and bacterial strains.

Perhaps the largest source of mycotoxins for humans are from water damaged buildings. Molds can release spores and those spores can produce mycotoxins. These toxins are so small they can be airborne and are breathed in. The toxins are so small that they can make their way through the membrane in the lungs. With 1 in 4 people having a genetic variant that leads them to have trouble detoxifying mold toxins, and with an estimated 1 in 2 American homes water damaged, this is a big issue. We treat mold illness in the clinic regularly.

These are toxins produced by bacteria. They are of two types: exotoxins and endotoxins. Exotoxins, once generated, are secreted while endotoxins stay part of the organism’s outer membrane, and are only released after death of the bacteria (Heyningen & Edward, 2000). These biotoxins usually trigger inflammations that precede immune reactions. Major bacterial biotoxins include:

Botulinum: secreted by the bacteria Clostridium botulinum. Causes paralysis of gut muscles and the disease botulism. Botulinum is also used in the cosmetic industry.

The Tetanus toxin: produced by the bacteria Clostridium tetani, this toxin blocks the action of inhibitor neurons in the spine, resulting in the disease tetanus.

The degree of damage caused to the host depends on a number of factors, known as virulence factors. Luckily, bacterial biotoxins can be destroyed by extreme temperatures, therefore proper cooking of food helps one avoid most problems.

Phytotoxins are substances that are harmful to plants. It may also refer to a substance produced by plants to function as defence mechanisms against predators. Plant generated toxins include alkaloids, terpenes and phenolic (Jeffrey, 1982). Substances toxic to plants include herbicides and bacterial Phytotoxins.

Defence– such as stings in wasps, bees, ants, termites, wasps and the secretion of the poison dart frog.

Predation– Predators use poison to immobilise and kill their prey. These include the various species of spiders, snakes, the scorpion, jellyfish and the wasp (Findlay, 2006).

Initially, management of plant and animal poisoning involves monitoring vital signs. The attendant ensures the patient has adequate cardiopulmonary function, and attends to symptoms such as pain, shock and seizures. Animal venom is treated by applying a pressure bandage on the affected body part and dipping it in hot water. The pressure bandage prevents further spreading of the venom, while hot water breaks down the poison. In most cases, the patient is treated symptomatically.

To decontaminate ingested poison, we could use activated charcoal, bowel irrigation, nasogastric aspiration and gastric lavage.

Toxic chemicals are defined as environmentally harmful substances that could harm your health if taken orally, by ingesting or absorbed subcutaneously. Toxic chemicals are ubiquitous, as they can be found in food, water, residences and in nature (Paula, 2002).

The list below shows toxic chemicals you are likely to encounter inside your living space.

Household Bleach: bleach has been known to cause inflammation and irritation in the eyes, mouth, lungs and the skin.

Laundry cleaner: detergents and other cleaning agents contain chemicals whose effects range from skin and throat irritation to tumors.

Furniture polish: this shiny solution contains toxic hydrocarbons. Ingesting these poisonous chemicals causes a wide range of symptoms including: dizziness, breathing difficulty, severe stomach aches, swelling of the throat and coma among others.

Cosmetic products: Researchers approximate that over 20% of the ingredients in personal care products are harmful industrial chemicals. These toxins could cause cancers, interfere with the reproductive system and disrupt your hormonal balance. These chemicals include: coal tar dyes, Dibutyl phthalate, preservatives that release formaldehyde, Beta-Hydroxyl Acids (BHA) used in moisturizers and Triclosan.

Toxic chemicals found in nature include:

Chlorine gas: ingesting Chlorine causes it to react with water in the digestive tract, forming acids that are highly hazardous to your tissues. Chlorine is found in drinking water, household cleaners and bleaching products. Chlorine poisoning causes a burning sensation in the mouth, throat pain and swelling, vomiting and severe stomach pain.

Other chemical toxins found in the environment include hydrogen sulphide gas, smoke and petroleum (Steven, 1996).

Generally, to avoid accidental chemical poisoning, you are advised to:

Stay tuned for our next article on environmental toxins. 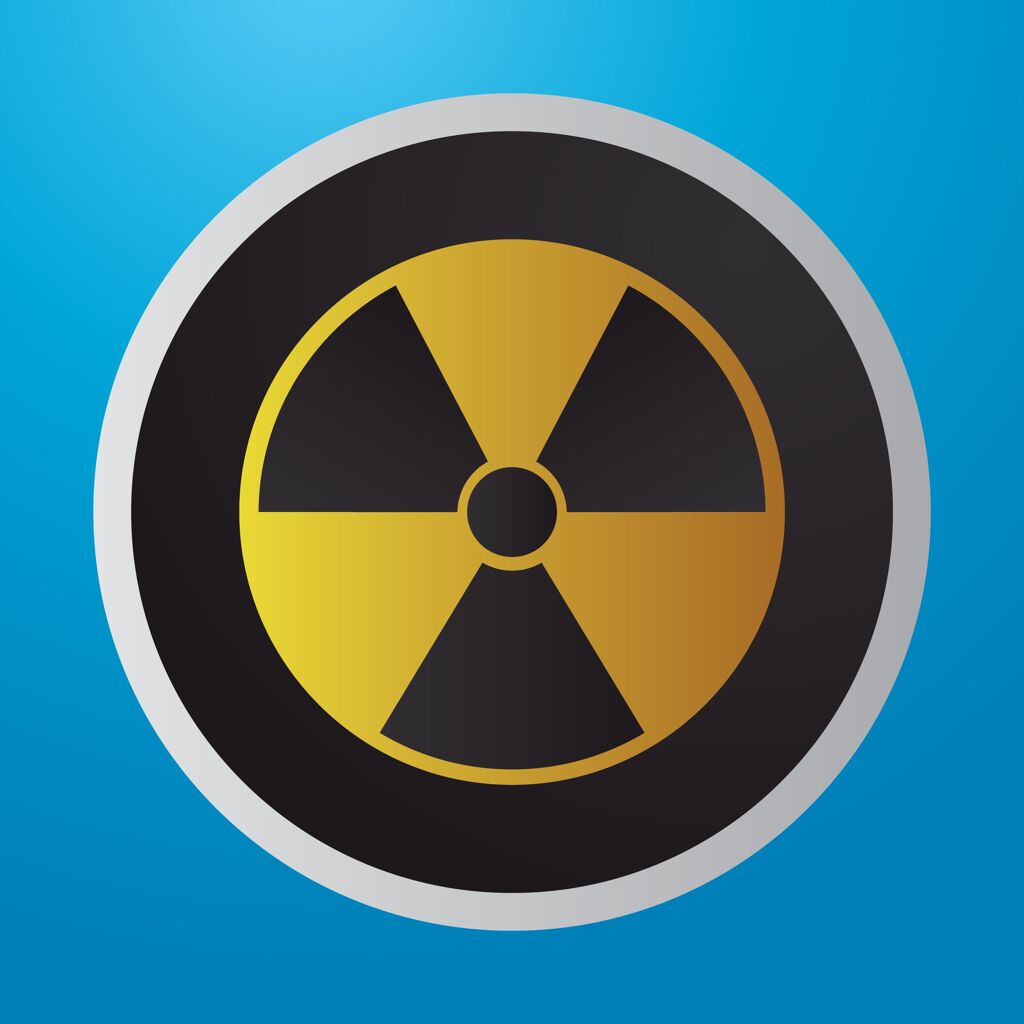 In our previous post, we outlined various classification schemes for toxins. We also explored two classes of toxins we are exposed to; biological and chemical…