In the last post, we explored the benefits of satisfactory social relationships. We saw that people who engage in fulfilling relationships have better physical, mental and social health. Socially adept individuals boast improved cardiovascular health, higher immunity, better weight management and sleep patterns. They are also less likely to experience depression, anxiety and a hoard of mental ailments. Patients who develop a bond with the caregiver normally recover better. Health experts have listed social isolation one of the greatest dangers to our health in the modern age. Social isolation has such a profound impact on our health, that a 2015 study by Holt-Lunstad & Julianne established that the effects of social isolation outweigh those of smoking 15 cigarettes per day., obesity and other risk factors of mortality.

Today, we shall take a look at the dangers of loneliness and social isolation, and discuss ways to avert them.

When an individual lacks contact with members of the society, they are said to be socially isolated. Loneliness is the psychological manifestation of isolation (Gierveld, 2016). Loneliness is an emotion- a feeling- and is, thus, usually temporary.

Since social relationships are crucial in maintaining our health, both social isolation and loneliness are to blame for the various ailments we shall discuss in this article. In fact, morbidity and mortality in the elderly exhibit an inverse correlation with social contact, which sadly reduces due to strained finances, reduced mobility and the death of acquaintances.

Loneliness and depression are always linked to arteriosclerosis (the hardening of arteries). Arteriosclerosis could lead to a brain stroke or heart attack. Hardening of the arteries triggers the production of hormones that could alter platelets, resulting in severe clots. This could result in aneurysms (Johnson & Theorell, 1989). Reduced blood flow to the brain could reinforce the loneliness and depression. Arteriosclerosis also results in autoimmune responses which cause inflammations that may alter one’s behavior. Hardened blood vessels also contract, resulting in elevated blood pressure. Therefore, isolation also leads to heart problems such as enlarged heart, coronary artery disease or heart failure.

Social isolation has been connected to the rising death rates. The elderly who stay far away from their next of kin mostly die earlier than they had a relative around (House, 2001). Due to advanced age, these people need someone who is there to take care of tasks that require mobility and resilience. They are also most likely to require emergency medical attention, since medical emergencies are common in old age. In young people, loneliness is known to cause premature death the same way obesity and chain smoking does (Holt-Lunstad, 2015). Loneliness increases the levels of fibrinogen, a blood clotting protein always released in anticipation of loss and injury.  This raises the chances of one experiencing a sudden cardiac arrest or brain stroke.

A Decline in Mental and Social Health

Social isolation is to blame for a myriad of neurodegenerative diseases. Loneliness causes a reduction in cognition, resulting in dementia. Thus, it is a contributor to the development of Alzheimer’s disease. Social isolation plays a huge part in the manifestation of personality disorders such as borderline personality disorder and schizophrenia (Kawachi & Berkman, 2001). Lonely people are also most likely to suffer depression, as they are less content with their lives. Socially withdrawn individuals are usually helpless and pessimistic.

Lonely people also engage more in antisocial behavior. Besides depression, socially isolated are prone to social anxiety. Being alone, one develops feelings of inferiority such as lowered self-esteem and the fear of rejection. Groundbreaking research has blamed addiction on social isolation, and not necessarily chemical hooks. These people turn to drugs as an alternative to social interactions. Loneliness is also known to cause obsessive-compulsive disorders such as hoarding.

Loneliness leads to immune diseases such as lupus and rheumatoid arthritis. Isolation leads to chronic stress, which always results in inflammation causing inflammatory diseases (Uchino, et al, 1996). Loneliness also results in poor sleep patterns that result in fatigue and lowered energy. Isolated individuals are also prone to both chronic and acute stress. Loneliness has also been linked to the rising rates of suicide attempts, especially in young adults. The lonelier one gets, the more suicidal thought they have.

How you can avoid the health effects of loneliness

As we get older, loneliness is inevitable. We grow increasingly immobile, aren’t able to make new friends, and lose our current ones through layoffs and deaths. Stress is a direct result of this loneliness. According to Kelly McGonigal (2013), it’s not stress that harms us, but the belief that it does (you could watch the interesting ted talk here). Thus, to protect ourselves from the harmful effects of stress, we should change the mindset. Stress is our response to danger, and is characterized by a surge of energy, which instead of ostracizing, we could use to effectively carry out tasks.

The elderly and ailing require constant social support (Landis, et al, 1988). Through local groups, alternative therapies, volunteer programs and religious groups, these people can get support from members of the community.

You could join a book club, adult classes, church group, local outings and community activities. Besides connecting you with other people, these activities keep one occupied and thus avoiding the trappings of loneliness (Umberson, et al, 1988).

Other activities that could reduce social isolation include:

In every community, there are individuals who are more likely to feel lonely. They include: sexual minorities, the disabled, cultural minorities and seniors. Society should ensure there are enough social structures to help these individuals. Eradicating social isolation could result in a reduced spending on health, if done right. 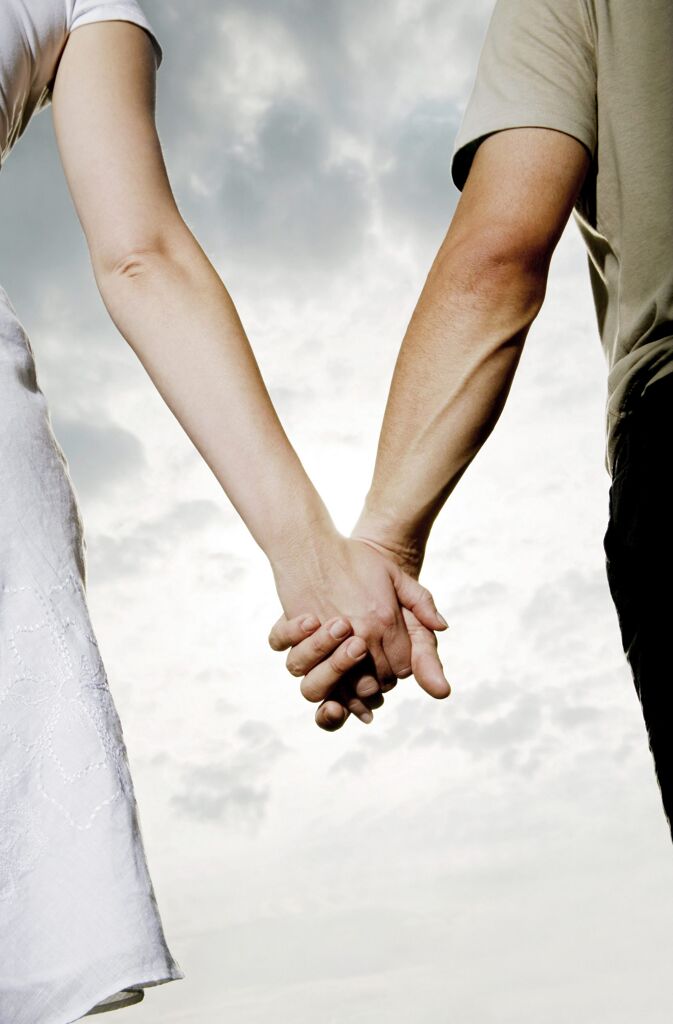 This is the first in a two part series on the effects of love, interactions and relationships, with respect to your health. Let’s dive right… 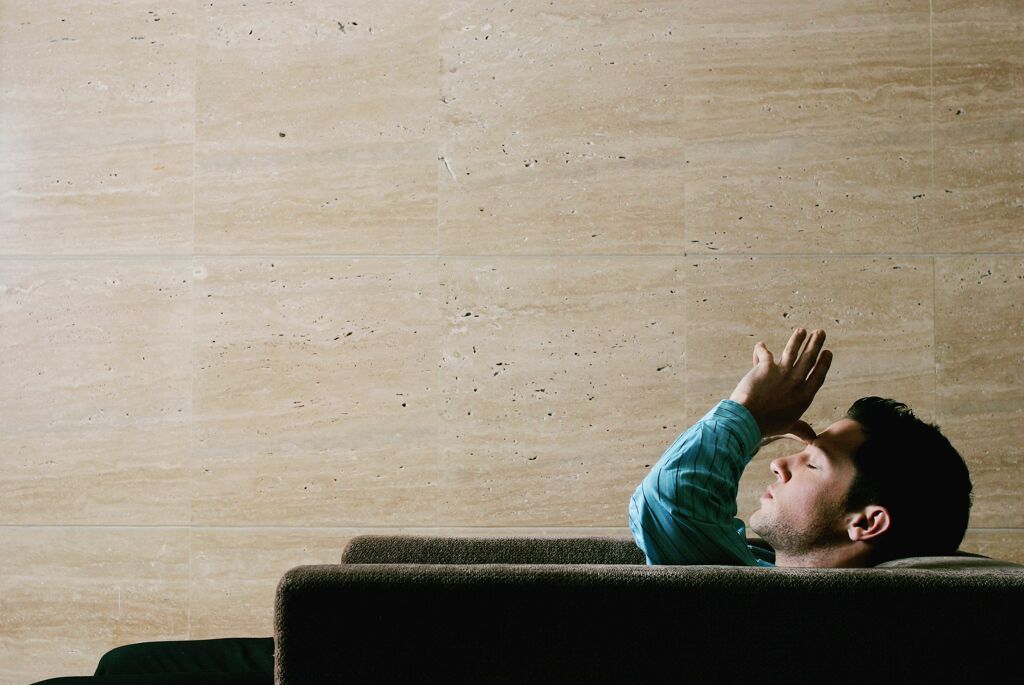 Are you interested in stress management? To begin this conversation, we need to start with the concept of perceived stress. Perceived stress refers to feelings or… 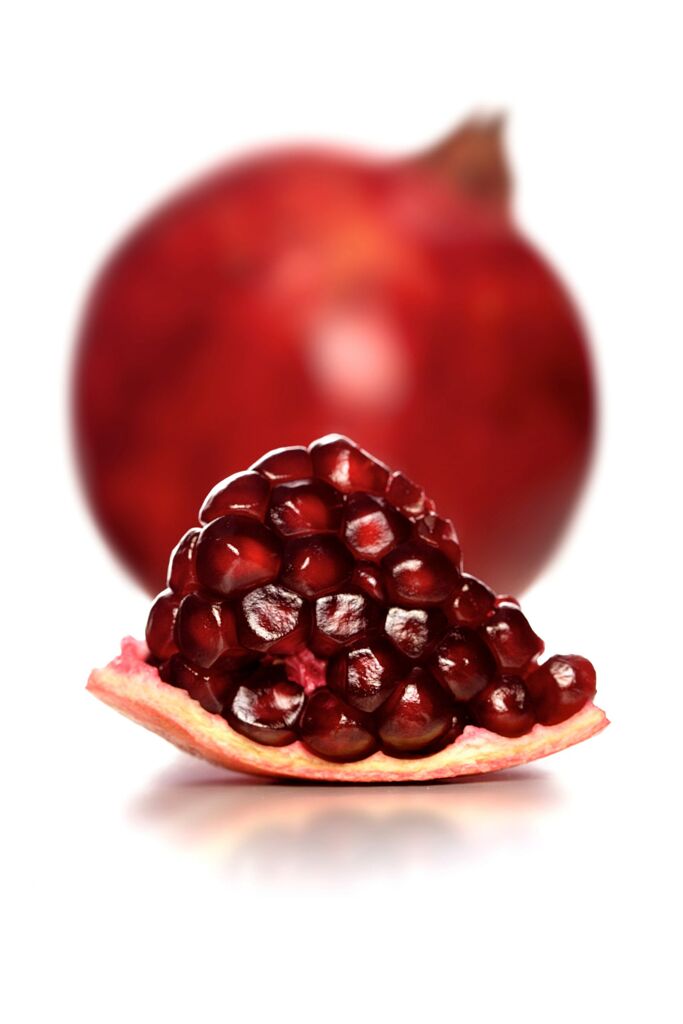 IntroductionPomegranates have been listed as a superfood, and rightfully so. The seedy, red berry contains an assortment of beneficial phytochemicals rarely found in other foods.… 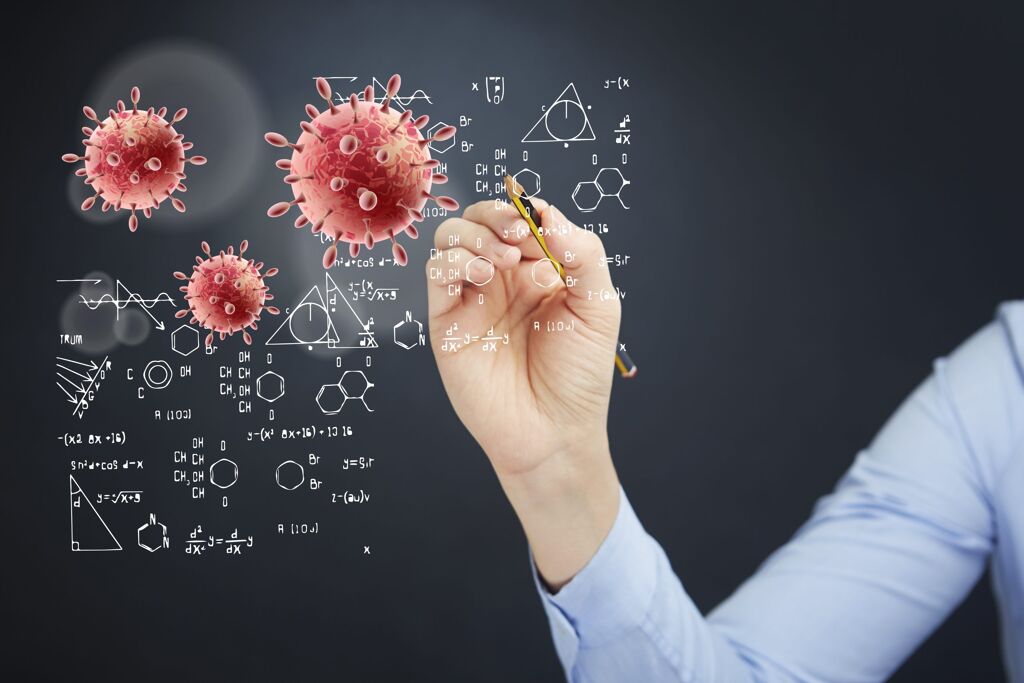 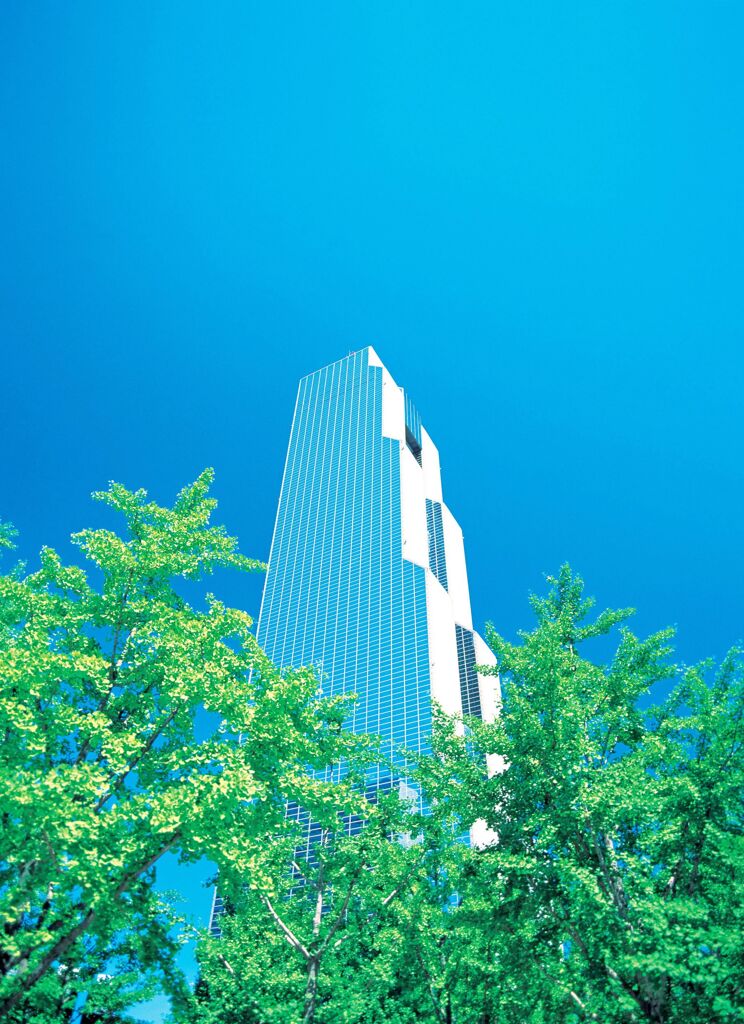 Fifty percent of people globally live in urban areas[3]. By 2050 it’s estimated that seventy percent of the world’s population will be living in urban… 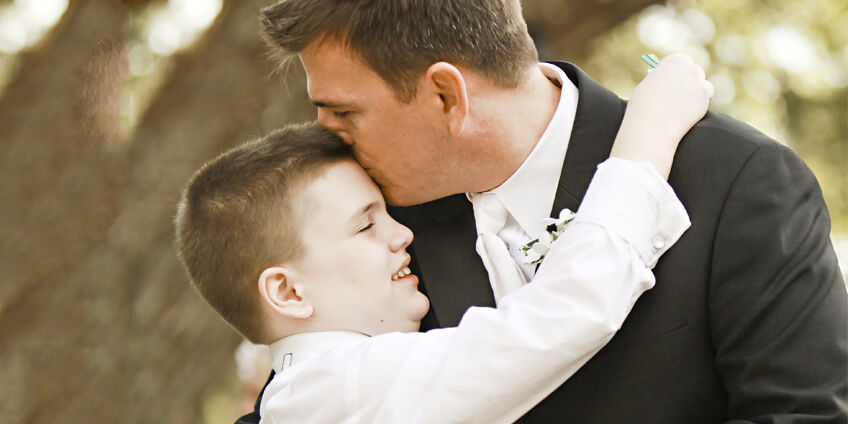 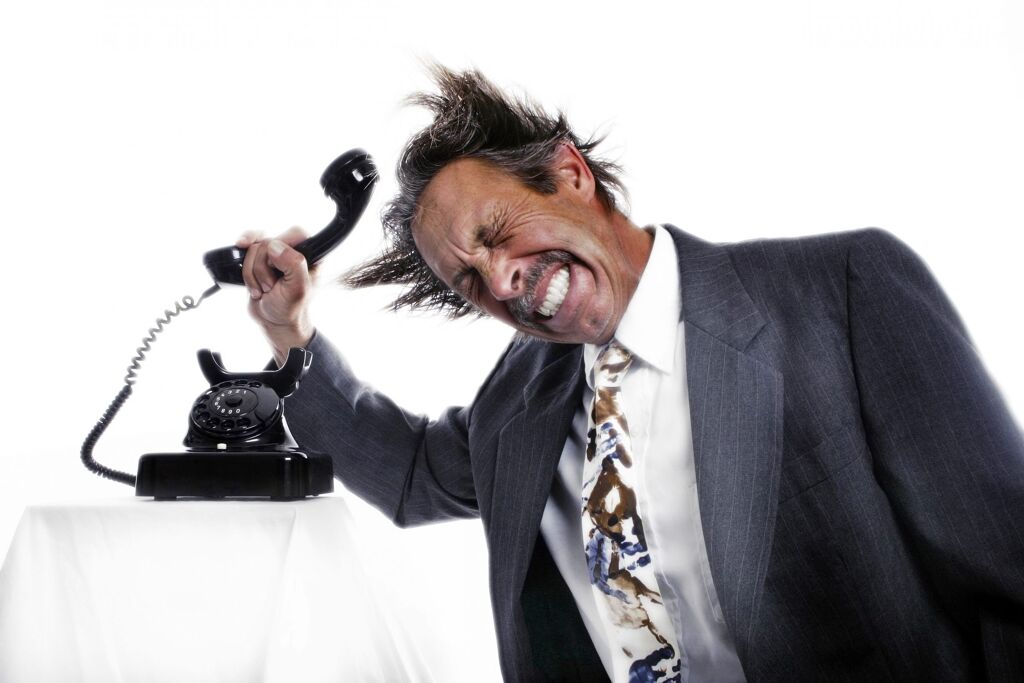 Do you know how stress affects your body? This is the first article in a multi-part series on stress. Through this series, we will share…