Photobiomodulation: What is it?

Photobiomodulation (or PBM) is a form of light therapy that uses red or near-infrared light or a low-level laser over the brain, inside the nasal cavity, or over injuries or wounds (1). The light is used to heal, improve tissue repair in wounds, bones and tendons, reduce pain and inflammation and restore and stimulate multiple physiological processes which repair damage caused by injury or disease (1). The healing occurs wherever the beam is applied. The light stimulates the cell’s natural healing and pain relief processes.

For much of the time since its discovery approximately 50 years ago, the mechanism of action or how PBM worked was not really known (2). It is now understood how PBM works on the cellular level.

How does Photobiomodulation work?

All cells in the body have mitochondria. Mitochondria are commonly called the powerhouses of the cells as they provide most of the energy of the cell. They produce ATP (adenosine triphosphate), which is the chemical responsible for energy release within cells which promote cellular and physiological functions including injury repair and pain relief.

When a cell is damaged through injury or trauma, the mitochondria’s efficiency is impaired. As a result, less ATP will be produced. The reduction in ATP will decrease the cells’ healing time dramatically.

When exposed to infra-red light/low level laser at the right frequency and intervals, the mitochondria will be stimulated to immediately begin to increase the production of ATP (2). By increasing the function of the mitochondria using PBM, a cell can make more ATP (2). With more energy, cells can function more efficiently, rejuvenate themselves and repair damage.

How can Photobiomodulation be used?

Photobiomodulation is used for a huge variety of health issues.

Cognitive performance or brain injury: PBM is being used to treat traumatic brain injury, stroke, neurodegenerative diseases (Parkinson’s, Alzheimer’s and dementia) and psychiatric disorders (4). PBM has anti-inflammatory effects on the brain which can help with brain injuries (4). This is one of our favorite features of Photobiomodulation.

Wound healing: PBM has been used on both acute wounds and chronic non-healing wounds such as diabetic ulcers (4).  What has been found is faster healing and reduced inflammation (4).

Arthritis: Arthritis involves significant inflammation of the arthritic joint. Sometimes this inflammation is systemic as well. Studies have found that swelling and inflammation is reduced with PBM (4). Both osteoarthritic and rheumatoid arthritis have been ‘successfully treated with PBM’ (4).

Muscles: PBM can work well on muscles; it helps to heal muscle injuries and reduce muscle soreness and pain after excessive exercise (4). Unsurprisingly, PBM has many applications in sports. Light delivered to muscles before exercise and after exercise can increase sports performance in athletes (5). Studies have found that PBM can increase muscle mass gained after training, and decrease inflammation and oxidative stress in muscles (5). PBM increases the amount of work and power that can be produced by muscles and can increase the speed of recovery after exercise. This is very helpful in the intense training regimens of top athletes. PBM can also be used for enhancement of performance in amateur and recreational athletes.

Abdominal fat, obesity and type 2 diabetes: The use of PBM to fight one of the biggest health problems of the modern age; obesity, excess fat deposits and type 2 diabetes; is also starting to take off (2). A study on mice found that PBM reduced inflammation in abdominal fat and significantly reduced blood sugar (4).

Cancer: PBM has been found to be effective in reducing the side effects of cancer treatment therapy (7). For example, oral mucositis is a common side effect of cancer treatments, particularly chemotherapy and radiation (7). It is when the mucosal lining of the mouth begins to break down, which can lead to ulcers in the mouth. It results in several problems, including pain, an inability to eat causing poor nutrition, and increased risk of infection due to open sores in the mucus area of the mouth. PBM helps to reduce this issue as well as other complications with cancer treatment (8). An important concern was whether the use of PBM for relief of side effects might encourage the growth of malignant cells and cancerous tumors, given its healing and strengthening effect on cells in general (8). Research has shown that this is not the case and that light can directly damage the tumor, enhance other cancer therapies and stimulate the patient’s immune system (7). There are some clinical trials showing increased survival in cancer patients who received PBM therapy (7).

Psoriasis, a chronic autoimmune disease of the skin, is greatly improved with PBM because of its anti-inflammatory effects (4).

PBM can also improve cognitive performance, memory and mood (2). It is expected that further research in this area will be emerging soon.

Improved understanding of how PBM works at a molecular and cellular level provide the rationale for its use for multiple diseases. The key applications of PBM for the future are in the areas of inflammation and autoimmunity (4).

There is also much promise for its application in brain health, given its ability to reduce neuroinflammation (4).

The chronic diseases of our times, which are on the rise, are frequently tied to inflammation. Thus type 2 diabetes, obesity, Alzheimer’s, cancer and heart disease can all potentially benefit from the anti-inflammatory effects of PBM.

The benefits of PBM are quite clear: It has a significant anti-inflammatory effect (4). The exact cellular signaling pathways responsible for this anti-inflammatory action are not yet completely understood (4). But it is becoming clear that both local and systemic mechanisms are at work. The reduction of edema, and reductions in markers of oxidative stress and pro-inflammatory cytokines are well known. However there is also a systemic effect when light is delivered to the body that can positively benefit distant tissues and organs (4).

Because of the mitochondrial benefits, PBM can also be used preventively for those interested in longevity and long-term wellness. Those who are looking to optimize their cognitive performance, people who want to be at the top of their game, are also using PBM to boost their brain.

What are the Risks of Photobiomodulation?

PBM has an almost complete lack of reported adverse effects (4). It is non-invasive. It does not require anesthesia. It is painless. It can be a sound approach for patients who have become disillusioned with conventional medical and pharmaceutical approaches to a range of chronic conditions, with their accompanying unpleasant side-effects.

How much Time is required for Photobiomodulation?

More than one treatment is required to see results, in almost all cases. Treatment times can be quite short at 8-20 minutes (9). After an initial set of treatments, a schedule for maintenance therapy can be established. The frequency and length of treatments required would depend on the condition or illness being treated and its severity (9). Sessions can be anywhere from daily to weekly (often a take-home unit is used in conjunction with in-office treatments for ease of frequent use).

What is the Cost of Photobiomodulation?

Clinics are offering PBM therapy for a variety of prices. It appears to be available in some clinics for around 100$ per session (9), whereas another clinic charges 4000$ for 20 sessions (10).

A New Kind of Photobiomodulation with Great Promise

Innovations in technology have led to the production of intranasal PBM units. These use specific frequencies of light that pulsate inside of the nasal cavity. This produces a direct path to the dorsal area in the brain. This can offer significant stimulation of important parts of the brain. This therapy is being used with great success for many of the cognitive-related functions of PBM.

This therapy may be a great complimentary treatment option for those with cognitive decline and people who simply want to boost brain health or prevent cognitive issues.

How to Find out More about Photobiomodulation 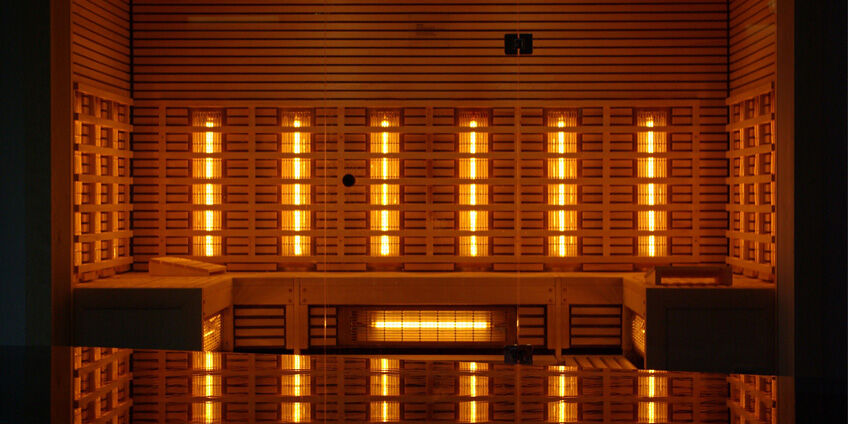 In order to being our discussion about Near Infrared therapy let’s make sure we are all on the same page about what infrared even means. Infrared…

Do you suffer from infections, poor wound healing or inflammation? LL37 is an anti-microbial peptide for infection, inflammation & healing.