In this week’s post we’ll be discussing natural alternatives to aspirin. Aspirin has been used for more than 100 years as a remedy for pain, and headaches in particular. In more recent years, daily low-dose aspirin was recommended as a way to reduce the risk of heart attack and other cardiovascular events. Because aspirin thins the blood, it shows some benefit in preventing heart attack and stroke by preventing platelet aggregation, especially in atherosclerotic individuals.

However, this therapy has its own risks, and the risks are serious. In addition to the risk of excessive bleeding in the event of an injury, others include gastric ulcer, hearing loss, cerebral bleeding, Crohn’s disease, influenza mortality, Reye syndrome and helicobacter pylori (H. pylori) infection. Fortunately, several natural alternatives are available which provide similar, and sometimes superior, cardiovascular protection.

Before we get into the knitty-gritty of aspirin and its alternatives, let’s get a little background info on the history of aspirin. Natural forms of salicylic acid, the active ingredient in modern-day aspirin, have been used for thousands of years. Salicylic acid is most commonly found in the leaves and bark of the willow tree, and is also present in jasmine, beans, peas and clover.

Willow bark has been used at least as far back as the ancient Egyptians, who used it as a remedy for aches and pains. Later, Hippocrates wrote about using willow bark and leaves to relieve pain and fevers. Thousands of years after Hippocrates, French pharmacist Henri Leroux isolated salicylic acid in 1829. By the end of the 19th century, Bayer pharmaceutical corporation had begun distributing acetylsalicylic acid as a powder to physicians. The drug was a hit, and in 1915 Bayer began selling aspirin as over-the-counter tablets (1).

Today aspirin is no longer used as widely for pain and fever, as more people now reach for acetomenophin (Tylenol), ibuprofen (Advil) and naproxen (Aleve). But in the 1990s, aspirin found a new use as a preventative treatment for heart attack and stroke prevention. But because of the risks associated with even low-dose aspirin, today this preventative measure is only recommended in certain scenarios when directed by a physician (2). Fortunately, several natural substances confer similar, and sometimes superior protective effects without the risks associated with aspirin!

Risks of aspirin use

Even relatively short-term daily use of aspirin has been demonstrated to result in negative side effects. One 2009 study administered either low-dose aspirin or a placebo daily for 14 days to a group of healthy volunteers and found that 80% of the aspirin group developed small bowel pathology, compared to 20% in the control. The authors specify that the difference between the two groups was not significant but conclude that low-dose aspirin was associated with mild inflammation of the small intestine (3).

Fortunately, several natural alternatives are readily available that provide comparable, and in some cases superior cardiovascular protection, without the risks associated with aspirin. Most of these substances work by reducing platelet aggregation, or the clumping together of platelets in blood to form a blood clot.

In the following sections we will present research about specific natural substances that have been demonstrated to reduce risk of cardiovascular events by reducing platelet aggregation and supporting the vascular endothelium.

Pycnogenol is a natural alternative to asprin

Pycnogenol is a standardized extract of maritime French pine bark that has antioxidative and antiinflammatory effects. It is high in phenolic acids, catechin and taxifolin (4). It is hard to spell but quite effective at reducing cardiovascular risk factors.

One study assessed the effects of Pycnogenol and aspirin on platelet function in cigarette smokers, who are at increased risk of cardiovascular disease and hypertension. There were somewhat conflicting results on study groups that used lower doses of Pycnogenol (100-150mg), with some groups demonstrating reduced platelet aggregation and other not at this dose. But high-dose (200mg) Pycnogenol significantly reduced platelet aggregation, compared to subjects taking 100mg or 150mg.

Impressively, a single dose of 200mg of Pycnogenol remained effective at preventing smoking-induced platelet aggregation for six days! Some other study groups showed benefit from either 100-125mg Pycnogenol or 500mg aspirin, when taken after smoking. Although aspirin conferred a similar benefit, one clear benefit of Pycnogenol was that aspirin significantly increased bleeding time, whereas Pycnogenol did not. This observation led the researchers to conclude that Pycnogenol has an advantageous risk-benefit ratio (5).

Policosanol is a great natural alternative to aspirin. It is a a wax extract primarily made from sugar cane that is known for its ability to reduce blood cholesterol levels without the dangerous side-effects of statin drugs. In addition, policosanol inhibits blood clotting as effectively as aspirin, but without the dangerous side-effects. One study compared the effects of policosanol with aspirin in reducing platelet aggregation in 43 healthy volunteers and found similar benefits.

Omega-3 Fish Oil is a natural alternative to asprin

The omega-3 fatty acids in fish oil are also helpful in reducing platelet aggregation. A 2013 study compared the effects of aspirin monotherapy and combined fish oil and aspirin in type 2 diabetics. Researchers found that the addition of 4g of fish oil per day reduced platelet aggregation more than aspirin alone. This study also observed that the addition of fish oil to aspirin treatment further reduced NF-κB compared to aspirin alone, which may result from the ability of DHA to inhibit NF-κB related signal transduction and activation (7).

Curcumin is a primary constituent of the Ayurvedic spice turmeric, and appears to prevent platelet aggregation as well. An in vitro study found that curcumin inhibited platelet aggregation induced by arachidonate, adrenaline and collagen by modulating eicosanoids. The authors suggest that curcumin’s antiinflammatory effects may result, at least in part, from its effects on eicosanoid biosynthesis (9).

Another similar study found similar results. In this research, curcumin preferentially inhibited platelet aggregation induced by platelet-activating factor (PAF) and arachidonic acid (AA). Much higher concentrations of curcumin were required to reduce platelet aggregation induced by collagen, epinephrine and ADP. In addition, curcumin inhibited A-23187-induced mobilization of intracellular Ca2+ as well as the formation of thromboxane A2 (TXA2) by platelets.

In contrast, curcumin did not inhibit aggregation induced by protein kinase C (PKC) activator phorbol myrsitate acetate. These results lead the authors of the study to suggest that curcumin inhibits PAF- and AA-induced platelet aggregation by reducing TXA2 synthesis and Ca2+ signaling, and that PKC is not involved in its effects (10).

Dark Chocolate is a natural alternative to asprin

In addition, total antioxidant status increased significantly after dark chocolate consumption. Endothelial and platelet function both significantly improved compared to the control group. In addition, there were no changes observed in glucose or lipid markers. The authors conclude that the benefits are likely due to the antioxidant properties of cocoa flavonoids (12).

Dan Shen is a natural alternative to asprin

This powerful Chinese herb also known as Salvia Miltiorrhiza is well known for its cardiovascular benefits, which we have written about previously. To learn about Dan Shen in more detail, check out our previous post. Here we’ll review the high points of how Dan Shen impacts platelet aggregation.

Coleus Forskohlii is an herb in the mint family that is grown in Nepal, Thailand and India. One of the primary active constituents is known as forskolin, which is a diterpene and a potent cAMP stimulator. In animal studies, forskolin has been demonstrated to reduce platelet aggregation (16), which appears to be due to its ability to activate platelet adenylate cyclase (17).

Several natural alternatives to asprin appear to offer similar benefits to reduce the risk of blood clot, stroke and other cardiovascular events, but without the risks associated with daily aspirin consumption. These options are worth keeping in mind for patients who are concerned about their heart health but are concerned about taking low-dose aspirin every day.

When we recommend supplements for reducing platelet aggregation, we look at the ones we’ve reviewed in this article and see whether there are additional reasons why certain ones of these would have additional benefits for other reasons.

For example, pycnogenol (or grape seed extract, which is similar in its activity) is a strong antioxidant. If we suspect oxidative stress on top of wanting to reduce platelet aggregation, we might recommend 100-200mg pycnogenol per day. We would add to that some 80% or greater dark chocolate since that also has antioxidant activity.

In many cases multiple issues are occurring simultaneously and we prefer to use a combination of some of these natural alternatives to asprin together with nutrition, lifestyle, stress-management, and mindfulness practices. 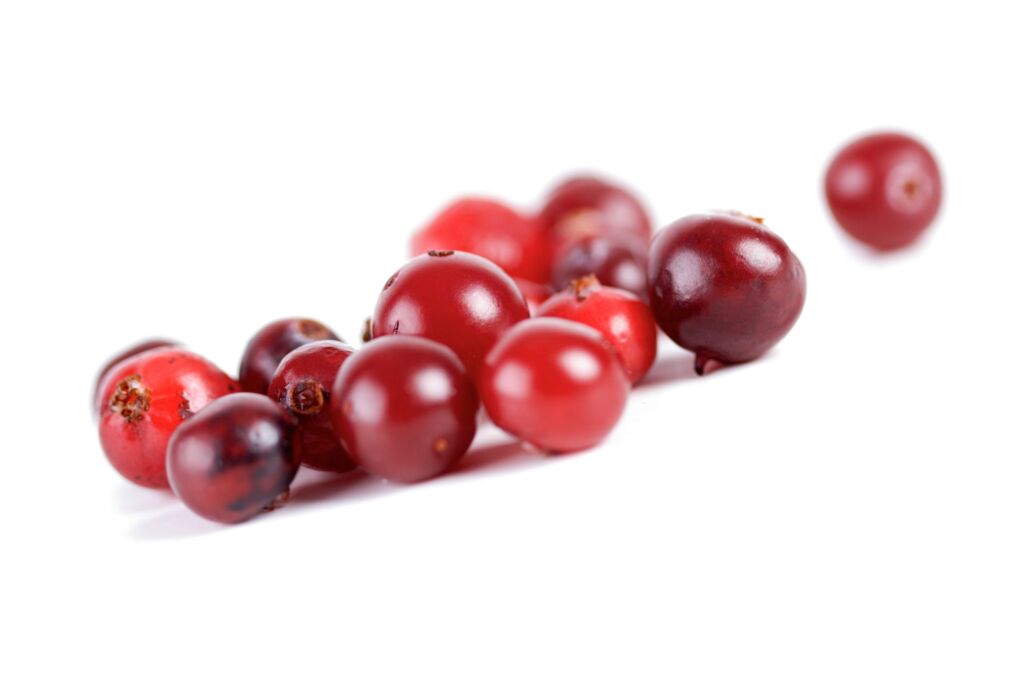 This week’s blog post is about the role hawthorn plays in preventing and treating cardiovascular disease (CVD). I’ve written a lot over the last several…