This week’s blog post is about the role hawthorn plays in preventing and treating cardiovascular disease (CVD). I’ve written a lot over the last several weeks about natural treatments for CVD and their mechanisms of action, including pomegranate and the Chinese herb Dan Shen. This week I’ll be continuing the conversation about CVD by talking about hawthorn, which is also a powerful cardioprotective herb.

Hawthorn, also known as Crataegus oxycantha is a widely used herb in Chinese medicine, but its use is not limited to China. Hawthorn has also been used for the treatment of heart problems in North American for more than 200 years. Hawthorn is part of a genus of spiny shrubs and trees native to temperate regions of the Northern hemisphere in Europe, Asia and North America (1). A member of the Rosaceae family, hawthorn has bright green leaves, white flowers and bright red berries.

Hawthorn has long been used in folk medicine for the treatment of several health conditions, including diarrhea, gallbladder issues, insomnia, and asthma (2). The herb has also been used in Chinese medicine for digestive problems, hyperlipidemia, poor circulation and dyspnea and labored breathing (3). The use of hawthorn for the treatment of cardiovascular disease dates back to the late 1800s (4). Today, it is gaining attention for its potential cardiovascular protective properties (5), especially in the treatment of chronic congestive heart failure (CHF) (6).

As I discussed in the last post on Dan Shen, cardiovascular disease is the leading cause of death worldwide and represents a global health crisis. For this reason, safe and effective treatments for CVD are in high demand and that is why I’m focusing a lot of these articles over the last several weeks on natural treatments for CVD. Fortunately, hawthorn offers a lot of promise in reducing heart disease! In the next section I’ll briefly review the phytochemistry of hawthorn before going on to discuss its mechanisms of action on CVD, before finally giving practical advice for using hawthorn in clinical practice.

There are several different species of hawthorn hailing from different regions of the Northern hemisphere. The most common and best researched species appears to be Crataegus oxyacantha, although several other species appear to have similar health benefits. Products sold for health include tinctures, tables, teas and aqueous or alcoholic extracts made from the berries, leaves and flowers of the plant.

Hawthorn contains a variety of pharmacaogically active substances, such as flavonoids including vitexin, hyperoside, rutin and catechin/epicatechin derived oligomeric procyanadins (OPC). Other important constituents include triterpenic acids like ursolic, oleanolic and crataegolic acids, as well as  phenol carboxylic acids such as chlorogenic and caffeic acids and several amines (7). These constituents have many important properties for health such as anti-oxidant and anti-inflammatory benefits, which I will review in more detail in t

Oxidative stress is a primary mechanism implicated in the pathogenesis of many forms of cardiovascular disease, so it follows that therapeutic interventions should possess antioxidant or free radical scavenging activites (8). Hawthorn has several possible mechanisms by which it may exert antioxidant activity, including preventing lipid peroxidation, reducing isoproterenol-induced decrease in antioxidant enzymes in the heart, and increasing the rate of ADP-stimulated oxygen uptake and respiratory coupling ratio (9).

Hawthorn also protects against structural and functional disturbances in heart mitochondria, which is significant because many forms of CVD are associated with mitochondrial dysfunction. One study found that pretreating myocardial infarction-induced rat hearts with an alcoholic extract of hawthorn maintained mitochondrial antioxidant status and prevented both mitochondrial lipid peroxidative damage and decreases in Krebs cycle enzymes induced by isoproterenol (10).

In addition to oxidative stress, a second factor contributing to the pathogenesis of CVD is chronic and uncontrolled inflammation (12). One in vitro study evaluated the effects of the water fraction of hawthorn fruit on LPS-stimulated RAW 264.7 cells. They found that hawthorn suppressed the expression of the inflammatory markers COX-2, TNF-α, IL-1β, and IL-6. The authors suggest that anti-inflammatory effects of hawthorn may result from the downregulation of expression of these inflammatory markers (13).

This conclusion is supported by other research in vivo which evaluated the effects of an alcoholic extract of hawthorn berries on isoproterenol-induced myocardial infarction in a rat model. Researchers observed that isoproterenol significantly increased the release of lactate dehydrogenase (LDH) and creatine kinase (CK) in serum, decreased antioxidant status in the heart and increased lipid peroxidation. In addition, increased nitritive stress and apoptosis were seen in the isoprotereno-induced rat heart. However, pre-treatment with hawthorn extract for 60 days significantly reduced these negative markers and maintained near normal status (14).

Other research found that hawthorn extract inhibited N-formyl-Met-Leu-Phe-induced superoxide anion generation and lipopolysaccharide-induced generation of TNF-α and IL-8. The extract also inhibited intracellular calcium signal and extracellular calcium entry into calcium-depleted neutrophils (15). These findings all speak to various anti-inflammatory effects of hawthorn and how they may confer cardioprotective effects. Next I’ll review some research on positive effects hawthorn has on contractions of the heart muscle.

Another mechanism of action for hawthorn may be a positive inotropic effect, or ability to amplify the contraction of the heart muscle. A special extract of hawthorn leaves and flowers called WS 1442 was used in this study. Researchers evaluated the effect of this extract on human myocardium from patients with congestive heart failure, as well as nonfailing controls. WS 1442 significantly increased the force of contraction and improved the frequency-dependent force generation in both the active and control groups. The authors conclude that their findings suggest a mechanism of action similar to the cAMP-independent positive inotropic action of cardiac glycosides, which are a class of organic compounds that increase the output force of the heart by acting on the sodium-potassium ATPase pump (16).

In addition to the benefits I’ve already listed, hawthorn also protects the vasculature through its vasodilating properties. Hawthorn extract induces NO-mediated vasorelaxation (18). It was also shown to preserve endothelium-dependent relaxation and vascular contraction in streptozotocin- (STZ)-induced diabetes, potentially by reducing iNOS expression in the aorta and by decreasing plasma levels of TNF-α and IL-6, as well as by preventing lipid peroxidation (19). Other research suggests that hawthorn may also serve as a vasodilator by inhibiting the angiotensin-converting enzyme (ACE) (20).

Another important factor in atherosclerosis and heart failure is hyperpermeability of the endothelium, and subsequent edema (21). Other research on the effects of the WS 1442 hawthorn extract I mentioned in the previous section found that it protected against key determinants of endothelial permeability. In both in vitro and in vivo experiments, WS 1442 was found to protect against endothelial barrier dysfunction by blocking the Ca(2+)/PKC/RhoA pathway and activating the cAMP/Epac1/Rap1 pathway (22).

Protection against ischemia and reperfusion injury

Impaired blood flow (ischemia) and subsequent restoration of blood flow to an organ or tissue (reperfusion) can injure endothelial cells and contribute to enhanced leukocyte adhesion, increased oxygen free radical production and mast cell degranulation. Therefore, minimizing circulatory disturbances can help protect against the pathogenesis of CVD. Several studies show that hawthorn extract WS 1442 can reduce the deterioration of contractile function and infarct size in rat myocardium exposed to prolonged ischemia and reperfusion (23). It also has been shown to reduce the prevalence of malignant arrhythmias and ventricular tachycardia (24). In addition, hawthorn also protected antioxidant enzyme activity from isoproterenol-induced decrease (9).

Most of the research I’ve presented so far has been from in vitro and animal studies and has gone into detail about proposed mechanisms of action, but of course petri dish and animal research do not always translate into humans. In this section I’ll present information about randomized, placebo-controlled studies that have been performed in humans.

Other research has also found anti-hypertensive effects of hawthorn. A trial that involved 79 type 2 diabetic patients found that 1200mg of hawthorn extract daily for 16 weeks resulted in a significant mean diastolic blood pressure reductions as compared to placebo (30). Another study found that hawthorn significantly reduced resting diastolic blood pressure, as well as anxiety after 10 weeks (31).

In most of the studies I found, adverse effects to hawthorn were mild to moderate and oral hawthorn was generally well tolerated. In fact, one systematic review that included 29 clinical studies comprised of 7311 patients found relatively few adverse events were reported. Only 166 such events (2.27%) were reported, the vast majority of which were mild to moderate. Best results appear to occur after about 10 weeks and hawthorn should be used for at least four to eight weeks for full benefit. The recommended dosage depends on the type of hawthorn preparation used (32).

In conclusion, the benefits of hawthorn supported in research include:

Hawthorn is well supported in research for its cardioprotective benefits and can be an important part of alleviating the significant cardiovascular disease burden! 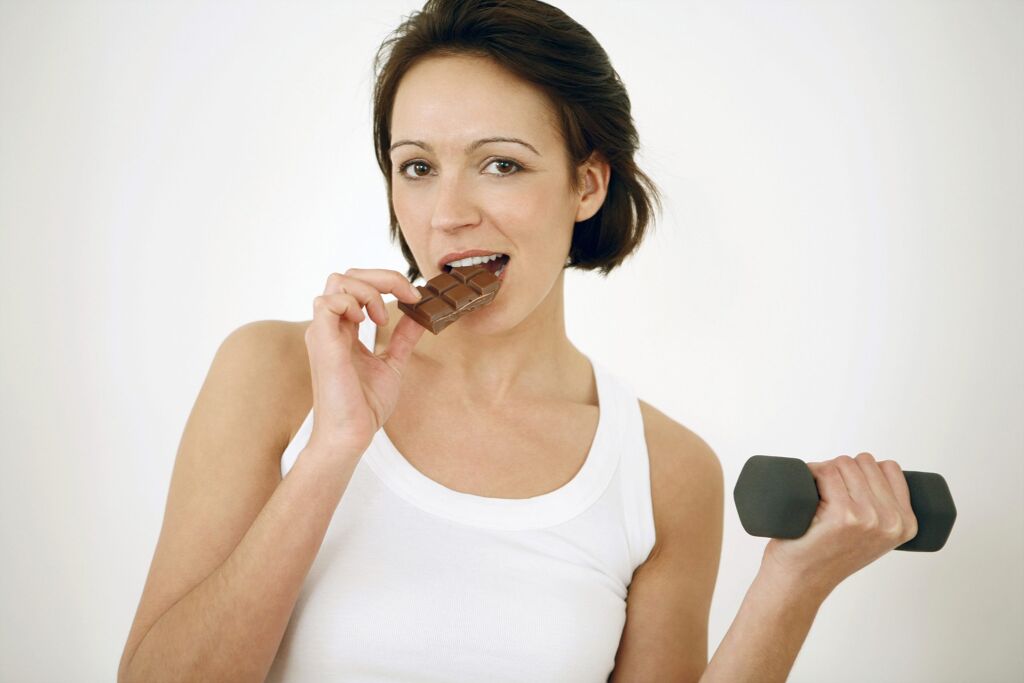 In this week’s post we’ll be discussing natural alternatives to aspirin. Aspirin has been used for more than 100 years as a remedy for pain,…