The safety of cosmetic products has been underestimated from years even when several studies conducted to test the presence of toxic chemicals in the cosmetics revealed that the manufacturers are using the ingredients (either knowingly or unknowingly) which are known to possess toxic effects or whose safety is yet to be confirmed. The reason for this lenity is that there are many loopholes in the regulation of the cosmetic products and it was assumed that these chemicals are used at concentrations which are too low to cause any significant health effect. There was another misconception that these toxic chemicals are not absorbed by the body. Cosmetic products are not the only source of these toxins. They are frequently used in other industries including food and pharmaceutical industries, also. So even if these assumptions were true, the overall exposure to these chemicals is alarming.

Several studies done by individuals or organizations in the past few years have highlighted that these frequently used personal care products are not as safe as they were assumed to be and they contain various toxic chemicals which are of significant concern to human health. A list of frequently used toxic chemicals in the cosmetic and skin care products which are needed to be eliminated from use has been summarized here.

Phthalates is a class of known environmental toxins. These compounds are widely used in industrial applications as plasticizers and additives in cosmetics. Two members of this group, namely dibutyl phthalate and dimethyl phthalate are not used as plasticizers instead they are used as solvents and fixatives in fragrances, additives in cosmetics, household, and personal care products. They are most commonly found in perfumes, deodorants, nail paints, hair sprays, lotions and other skin care products.

Parabens are the class of antimicrobial compounds which are widely used as preservatives in the cosmetic products to prevent the growth of harmful microorganisms. They are commonly found in makeup products, body washes, deodorants, shampoos and facial cleansers.

These chemicals can easily penetrate human skin and can cause various toxic effects. They are known to possess estrogen-mimicking properties and are associated with increased risk of breast cancer, contact dermatitis, and other allergies.

Triclosan is a broad-spectrum antimicrobial agent that has been added to personal care products, including hand soaps, toothpaste, deodorants and other cosmetics.

They can be easily absorbed by the human body even if they are just applied topically. Several ADME studies indicate that triclosan possesses adverse health effects in humans. They are suspected to cause liver diseases, genetic alterations, endocrine disruption, immune disorders and even cancer.

Formaldehyde and formaldehyde-releasing chemicals are frequently used in a number of skin care products like body washes, conditioners, shampoos, cleansers, eye shadows, and nail polish treatments as a preservative.

Formaldehyde is a well-known toxin deemed to cause various allergies like dermatitis, immune diseases, and cancer. It causes adverse effects even at very low concentrations. It also possesses endocrine disruption activity which can cause various other health hazards.

Polyethylene glycols (PEGs) are the compounds which are frequently used as penetration enhancers in the cosmetic products. They are used as surfactants, emulsifiers, cleansing agents and skin conditioners.

Although these compounds are not found to be harmful on their own but, due to their water-loving properties (penetration enhancing) they help in the absorption of other chemicals like parabens or phthalates, which are reported to be potentially dangerous to the human health.

Various studies have shown that the sunscreen lotions contain various ingredients which are claimed to cause adverse human health hazards like endocrine disruption, skin allergies, and cancer.

It is a huge catch of cosmetic industries that they do not have to unveil their secret “fragrance formula” in the products like perfumes, deodorants, body wash, moisturizers, and many other personal care products. But this advantage to the cosmetic product manufacturers has been found to be a serious concern regarding human health.

What can be done?

Be aware and stay healthy. 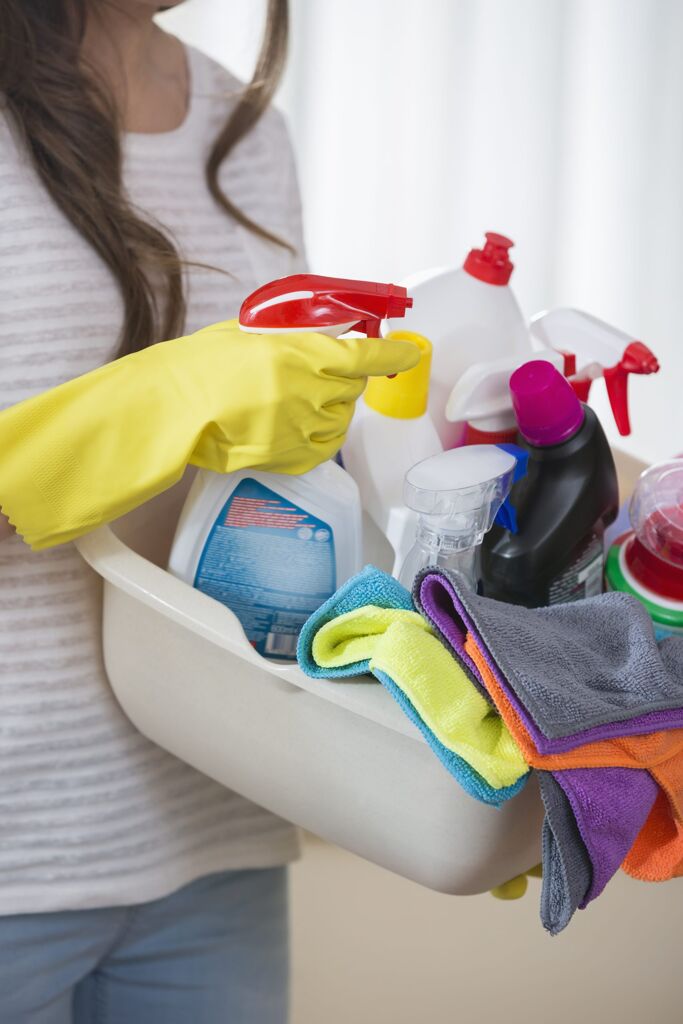 Don’t be surprised to know that the household and cleaning products which we use in our day to day life, both in our homes as…